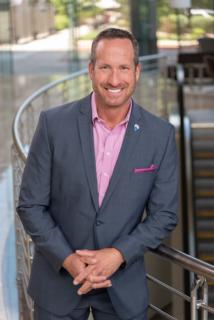 Adam Contos is Chief Executive Officer of RE/MAX, responsible for providing strategic direction on all aspects of major RE/MAX corporate decisions, operations and resources of the company. Following a successful career in law enforcement, Adam came to RE/MAX in 2003 as an independent contractor presenting a safety training program he created specifically for real estate professionals. In 2004, he joined full-time as a Senior Franchise Development Consultant for the RE/MAX Mountain States Region. In 2007, Adam was named Region Vice President. In 2010, he moved to the Florida Region, which under his leadership was named Region of the Year for both 2011 and 2012. He was promoted to Vice President, Region Development, in 2013 and shifted his focus to Business Development in 2014. Adam was promoted to Senior Vice President, Marketing in 2015. In January 2016, he was promoted to Chief Operating Officer and in May 2017 he was promoted to Co-CEO. Adam was named CEO in February 2018.