Alex Stamos has been at the helm of some of the world’s most powerful tech companies for the past half-decade and is widely regarded as one of the smartest people working in the security space. Before serving as the Chief Security Officer at Facebook, he was Yahoo’s chief information security officer where he led the company’s response to the Snowden disclosures. Stamos will explore Facebook’s role in elections, transparency in paid ads, as well as voter fraud in the first half of this compelling forum. He will then join, Casey Aden-Wansbury of AirBNB and  Devin Whitney of PayPal for a panel discussion on their perspectives as Silicon Valley companies that operate in rapidly changing, and often highly regulated industries – discussing technology, data privacy, and data security.

Plan Your Time with the Event Planner

Create a custom schedule for your trip.

Never used the Event Planner before? Create one now: 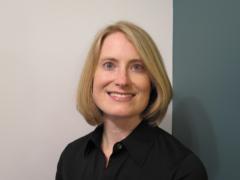